The Purpose of the Old Testament Scapegoat
by Jennifer Waddle

Today's Bible Verse: Aaron shall lay both his hands on the head of the live goat, confess over it all the iniquities of the children of Israel, and all their transgressions, concerning all their sins, putting them on the head of the goat, and shall send it away into the wilderness by the hand of a suitable man. The goat shall bear on itself all their iniquities to an uninhabited land; and he shall release the goat in the wilderness. - Leviticus 16:21-22 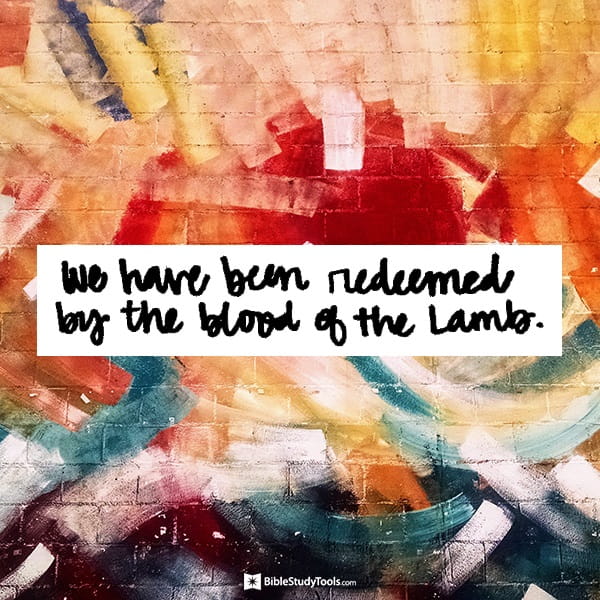 I first heard of the Old Testament scapegoat about ten years ago when my pastor taught about the Jewish day of atonement. Once a year, the priest would make atonement for the children of Israel by confessing the sins of the people and symbolically putting them on the head of a sacrificial goat. The goat would then be sent into the wilderness never to return. Jewish tradition even says that the goat was led to high, rocky places where it would face certain death. After all, they didn’t want the goat wandering back into town, along with all of their sins!

Praise the Lord, there is no longer a need for a scapegoat. Jesus bore the weight of every sin on His shoulders. It wasn’t a symbolic act, but rather a literal bearing of sin and shame for the entire world. Christ’s death on the cross and His resurrection established the final and complete sacrifice.

“Sacrifice and offering, burnt offerings, and offerings for sin You did not desire, nor had pleasure in them” (which are offered according to the law), then He said, “Behold, I have come to do Your will, O God.” He takes away the first that He may establish the second. By that will we have been sanctified through the offering of the body of Jesus Christ once for all.

There is no more waiting for a yearly ceremony to cleanse us. There is no guesswork when it comes to our sanctification. We have been redeemed by the blood of the Lamb. And the sins He bore, once and for all, will not “wander back into town.” For He has removed them as far as the east is from the west.

As far as the east is from the west, so far has He removed our transgressions from us.

Do you love podcasts? In The Bible Never Said That, we unpack some of the most popular "spiritual statements" that have made their way into popular culture and the church, even though they are not theologically sound. Together, we'll hold them up to the Bible to see what God's Word really has to say to us.

This content first appeared on Crosswalk.com and is used here with permission. To view the original visit: https://www.crosswalk.com/devotionals/your-daily-bible-verse/the-purpose-of-the-old-testament-scapegoat-bible-study-minute-january-10-2018.html