People shouldn’t be afraid of God, at least, not in the modern sense of the word.

Too many so-called Christians have abused this idea and made God out to be some sort of short-fused monster who will smite sinners at a moment’s notice. This fear-mongering has turned a great many away from the faith, and has given many believers a wrong idea about the nature of salvation. Many of these Christians have to unlearn false depictions they learned about God because of this.

Nevertheless, in Scripture, we often run into phrases such as “the fear of the LORD” and verses that speak about “fearing” God in general.

So do we have the picture wrong? Should we be "afraid" of God? Or does this phrase mean something else entirely?

In this article, we’ll dive into what the “fear of the Lord” is, or what it means to be “God-fearing” (and what it doesn’t mean). We’ll analyze some specific verses and show some practical ways to exercise the fear of the Lord. 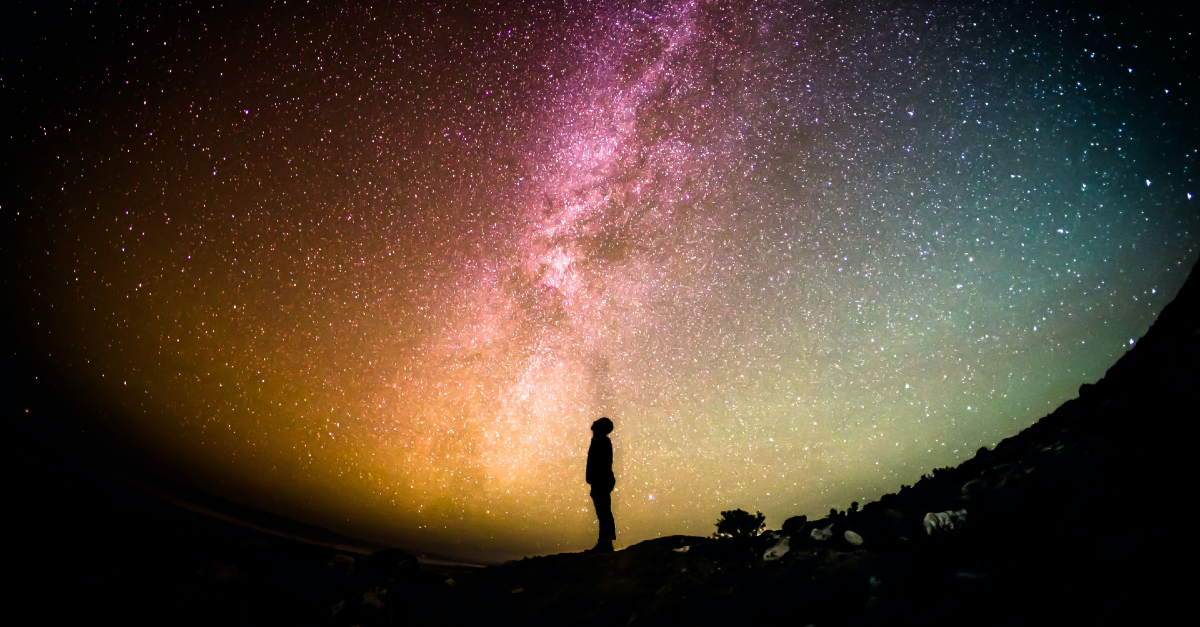 What Is the Fear of the Lord?

The Hebrew word for fear (yare'), in verses such as Deuteronomy 6:24, means "reverence" or “awe.” In a sense, it means to have a certain amount of respect for a powerful being.

This awe helps us to understand where we fall short as sinners as we stand in the presence of a holy and perfect God.

Yare’ has positive connotations. We don’t really have a word for positive fear in the English language. When God asks us to “fear him” he doesn’t mean simply "be afraid of me."

After all, we can point to dozens of verses where, when in the presence of a mighty being, people are told not to fear.

God-fearing reminds us why not to cave into our sinful nature, and helps lend its way to knowledge and wisdom (Proverbs 1:7).

The fear of the Lord goes beyond respect and awe, drawing us to him in repentance. It is a reminder of how much God hates sin and how, when we engage in sin, that we need to turn away from wrong actions and return to the path of righteousness.

When we “fear” God, we recognize that we need to follow him because of his holiness and because of his aversion to sin. It serves as a reminder of his great power, his providence, and his providing a way for us to become sanctified to become more like him.

What Isn’t the Fear of the Lord?

Fear of the Lord does not mean fear of eternal punishment. If we have a saving relationship with God, we do not need to be afraid of him snatching it away from us at a moment’s notice, like a parent fed up with the disobedience with a child who says, “Never mind, no Christmas presents this year.”

Fear of the Lord also doesn’t mean waiting around for God to smite us with some affliction or disease because we disobeyed him. Although sin has consequences, not every ailment and trial comes from sin. In fact, most don’t.

Many of us have grown up with a false depiction of God’s judgment.

God hates sin, and we should most certainly think twice about deliberately going against his will. But when we fear God in the English sense, rather than the yare’ sense, we have a false picture of our Creator.

Psalm 103:8 says, “The Lord is merciful and gracious, slow to anger and abounding in steadfast love.”

A fearsome god, in the English sense of the word, would have no patience, no mercy, and no steadfast love. Similar to the Greek gods, he would afflict humans on a whimsy for the merest slight, like Prometheus on the rocks.

Instead, we have a God who hates sin, and a God who has mercy on us sinners. No wonder we stand in awe of him. 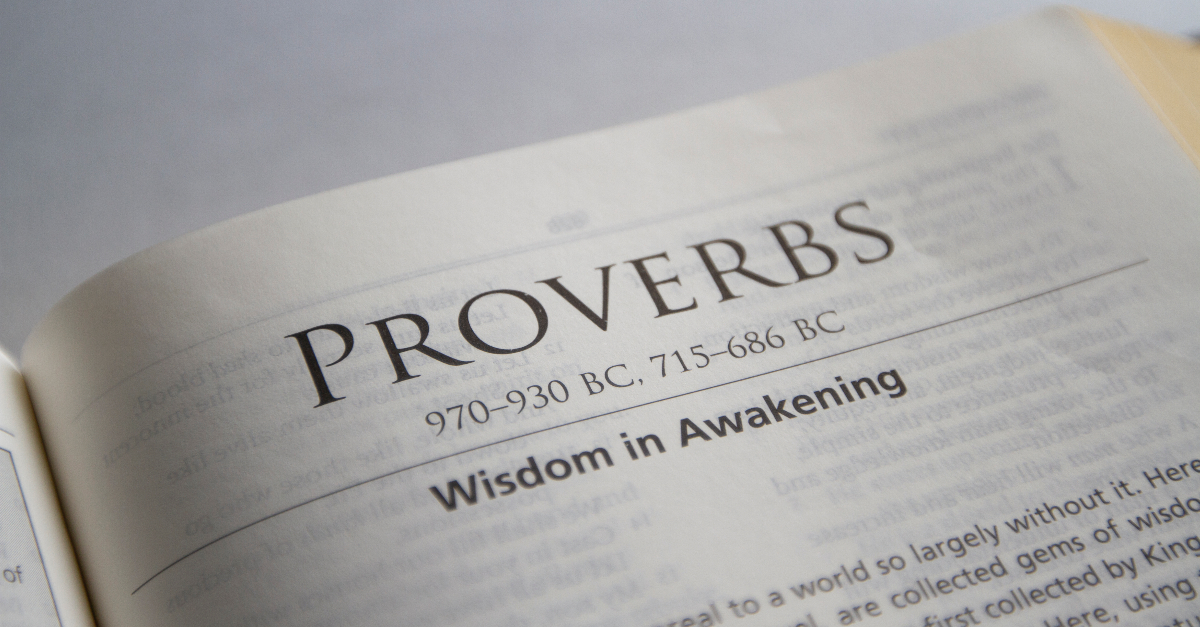 What Does the Bible Say about Fear of the Lord?

The word “fear” in conjunction with the Lord appears more than 300 times throughout the Bible. We have plenty of source material to draw from, but let’s analyze a few verses that talk about the fear of the Lord.

The fear of the Lord is the beginning of knowledge; fools despise wisdom and instruction. – Proverbs 1:7

Fear of God gives us knowledge of the destruction of sin, of his character, and helps set us on the path of righteousness.

The end of the matter; all has been heard. Fear God and keep his commandments, for this is the whole duty of man. – Ephesians 12:13

We have a duty to fear the Lord and keep his commandments. The fear reminds us of why we obey, because we want to not give in to our sinful nature.

Let all the earth fear the Lord; let all the inhabitants of the world stand in awe of him! – Psalm 33:8

All of creation fears the Lord. All stand in awe of his wondrous power, perfection, and might.

For more verses on the fear of the Lord, check out this resource here.

3 Ways to Be God-Fearing

The Bible makes it clear that we should fear the Lord, but how do we go about doing this? Human nature does not naturally stand in awe of God, and it often takes us five or so worship songs to get the picture.

So how does one practically be God-fearing”

First, we need to be aware of God’s presence and power.

None of us can truly wrap our minds around the nature of the Lord. We don’t have any other beings who can claim omnipotence, omnipresence, nor omniscience. Furthermore, we know no perfect humans here on earth, and so, we can only grasp so much of the concept of God’s power.

Secondly, we must acknowledge the grave nature of sin.

Even if we have a saving relationship with God, we cave to sin each day. Often we do so because we don’t understand the gravity of our actions nor the insidious nature of seemingly “harmless” sins.

When we have an understanding of God’s hatred of sin, and we fear the Lord, we too can begin on the path of knowledge. We can grasp how sin destroys lives and rips them apart from the inside out.

Finally, we turn back to the path of righteousness.

Having an understanding of God’s holiness and his hatred of sin, and wanting to full-heartedly follow him, we turn away from sinful behaviors.

God is not some angry father carrying a baseball bat, ready to strike the moment we give into temptation. But he does hate sin.

When we acknowledge his power and stand in awe of him, we cannot help but see how the desires of this world pale in comparison to him. We fear him because of his power, his wrath, and his love, none of which are mutually exclusive.

Hope Bolinger is an editor at Salem, literary agent at C.Y.L.E., and a graduate of Taylor University's professional writing program. More than 1,000 of her works have been featured in various publications ranging from Writer's Digest to Keys for Kids. She has worked for various publishing companies, magazines, newspapers, and literary agencies and has edited the work of authors such as Jerry B. Jenkins and Michelle Medlock Adams. Her modern-day Daniel trilogy released its first two installments with IlluminateYA, and the final one, Vision, releases in August of 2021. She is also the co-author of the Dear Hero duology, which was published by INtense Publications. And her inspirational adult romance Picture Imperfect releases in October of 2021. Find out more about her at her website.

This article is part of our larger resource library of theology terms and questions important to the Christian faith. From heaven and hell, to communion and baptism, we want to provide easy to read and understand articles that answer your questions about theological terms and their meaning.

What Is Blasphemy and Why Is it So Deadly?
What Is Heresy?
Heaven - What Is it like and Where Is it?
Hell - 10 Things You Should Know
What Is Atonement & Why Is it Necessary?

Predestination - Biblical Support & Facts
The Trinity - Father, Son, Holy Spirit Explained
What Is Salvation?
The Holy Spirit
What is Sin?

This content first appeared on Crosswalk.com and is used here with permission. To view the original visit: https://www.crosswalk.com/faith/bible-study/what-it-does-and-doesnt-mean-to-be-god-fearing.html