In Genesis 4 you will find the story of Cain and Abel. These were the first two sons born to Adam and Eve after they were removed from the Garden of Eden. In case you're not familiar with the story, here's the really shortened version:

Cain killed Abel. (I told you it was short)

Obviously, there are some details leading up to that moment, but essentially that is what happened. However, within this short story recorded in Genesis, there are some fundamental truths that cannot be overlooked. These truths reveal everything you need to know about humanity and the human condition because what was true then is certainly true now.

Once you know and understand these truths, I think you will see why the Bible story of Cain and Abel is so significant.

Cain and Abel – A Story of Firsts

Before I reveal those truths, can I take a moment and draw your attention to something that you may or may not have thought about before. There were a lot of firsts with Cain and Abel.

They were the first kids to have parents.

They were the first two siblings of any kind.

Cain was the first kid ever born.

Remember, Adam and Eve were created by God’s hand. I wonder how Cain must have felt literally being the first person ever born. For a while he was not just the only son, he was the only kid period because there were no other kids on earth. When he was born, because there was no one else, he got all of his mom and dad’s attention. That didn’t last too long because after a little while Abel came along and messed up that whole vibe.

In America, we often refer to the President and their family as the first family. However, truly, this was really the first family. I am sure there are probably lots of other truths you can draw from their experience as being the first family but that’s not the main focus of this article. Let’s get to the heart of the matter to see why this Bible story of Cain and Abel is so significant for you and me. There are three relevant truths I want to highlight: 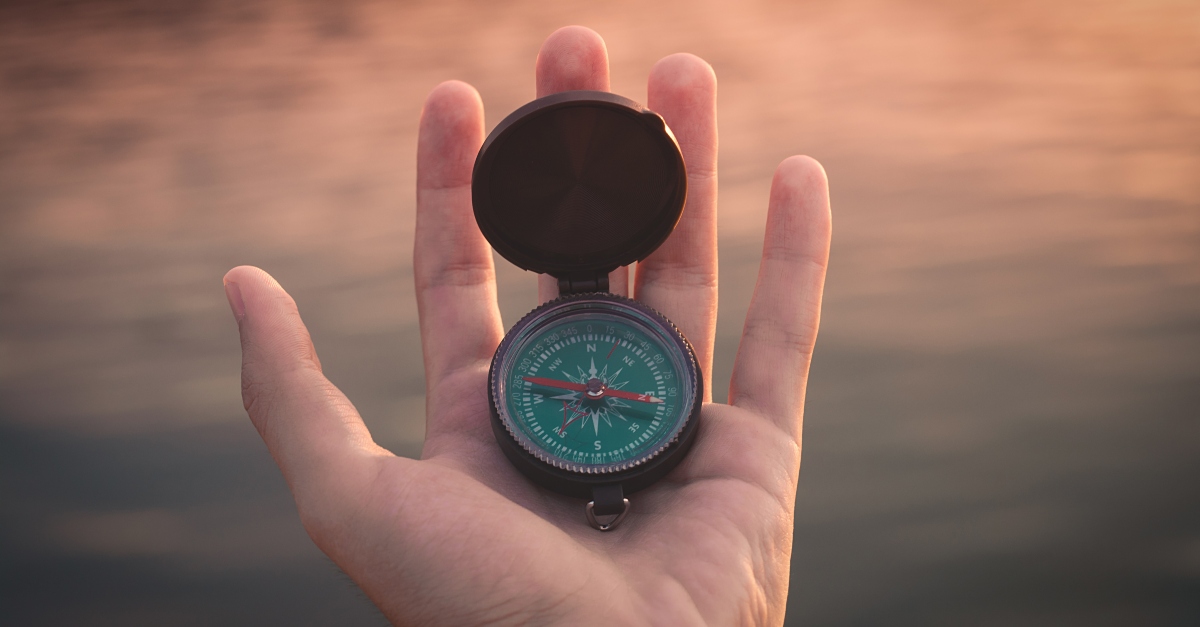 Truth #1: We're All Born with a Moral Compass

Cain eventually became a farmer working the ground while Abel was a cowboy tending to the livestock. At some point in time, they both brought offerings to the Lord. After God rejected Cain’s offering here is what he told him:

Then the Lord said to Cain, “Why are you angry? Why is your face downcast? If you do what is right, will you not be accepted? – Genesis 4:6-7 (emphasis added)

There is no prior record before this of Cain being taught right or wrong because remember there was no written law at this time, yet God had an expectation of Cain. He expected Cain to know what was the right thing to do.

This lets us know that each of us are born with a moral compass, knowing and being able to define what is right from what is wrong. I guess this would be called your conscience. Right out of the box from the very beginning, Cain and Abel knew what was right to do and what wasn’t.

What this means is that no person is without excuse—because you have the inborn ability to make this distinction. God expected it of Cain and He expects it of you and me. With that let’s move on to the second reason why the Bible story of Cain and Abel is so significant.

Truth #2: We Know Right and Wrong, But Struggle to Do Right

It’s one thing to know the difference between right and wrong. It’s another thing to carry it out.

In this story, we see Cain facing the same type of struggle that every human after him will eventually face, (no I am not talking about killing your brother or sister). I am referring to the struggle of dealing with your sinful nature. Notice what God tells Cain:

But if you do not do what is right, sin is crouching at your door; it desires to have you, but you must rule over it. – Genesis 4:7

Have you ever felt the presence of sin crouching at your door waiting and looking for a way to get in? Isn’t this the struggle we all face when living in and dealing with our sinful nature? I love the imagery of crouching because it gives the picture of sin hiding, spying, and looking for the right moment to attack and overtake you.

This is exactly what sin does and this is a struggle we all face. Notice what Paul says in Romans:

Through my experience of this principle, I discover that even when I want to do good, evil is ready to sabotage me. – Romans 7:21 (TPT)

You should never be surprised when the temptation of sin comes knocking at your door (but please don't hang out a shingle saying 'temptation welcome here,' either.) Do your best to avoid it.

You should also not be surprised if there is a part of you that wants to indulge in that sin. Unfortunately, this is how your sinful nature works. Though you know right and wrong your sinful nature is drawn towards the wrong. This sinful nature was a result of what was birthed in Adam through his disobedience. It was passed down to his sons Cain and Abel and has been making its way through every generation and people since. This doesn't give us license or excuse to sin; I am just sharing with you the reason why you may want to.

I wish there was a better ending to the story of Cain and Abel. I wish that Cain, instead of being angry, would have seen the error of his ways and not allowed that anger to consume him. Unfortunately, that’s not what happened because we know Cain killed Abel. However, leaving this inconvenient truth in Scripture is why this Bible story of Cain and Abel is so significant. It allows you to see the result of what happens when sin runs its course in your life. The story of Cain is actually James 1:14-15 played out in real life:

but each person is tempted when they are dragged away by their own evil desire and enticed. Then, after desire has conceived, it gives birth to sin; and sin, when it is full-grown, gives birth to death. – James 1:14-15

From the very first son of the very first family, you see the result of sin overtaking a human life. Have you ever thought...what did Cain say to his parents after killing their son/his brother? That’s why you must not allow sin to reign in your life. I promise you…you will not like the end result.

In Cain’s life, after murdering Abel, he was cursed and banished from his family. I don’t know if Cain ever repented. In the few times he is referenced in the Bible after this it seems like he didn’t. The unfortunate truth is that even if he did, the damage was already done.

While it is true that God is gracious, merciful, and that he does forgive sin—he doesn’t always remove the consequences. For this reason, it is better to deal with the sin in your life, if there is any, before the sin in your life deals with you. In Cain’s instance, his sin got the better of him. And it cost him dearly. 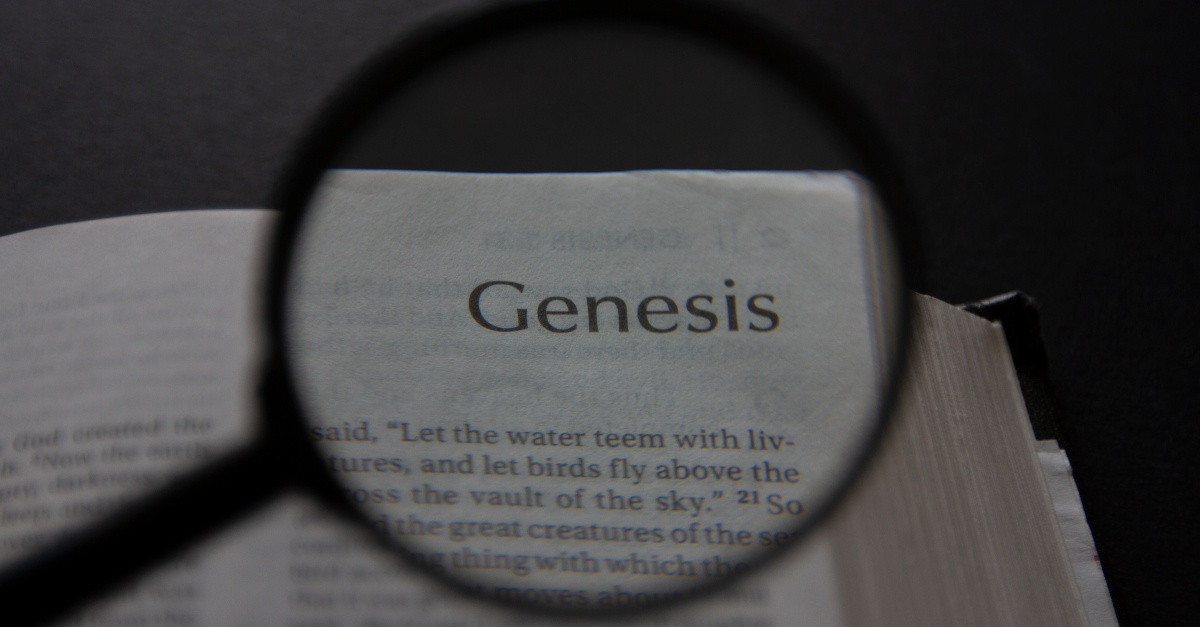 A Warning about the Spirit of Cain

As I mentioned earlier there are only a few references to Cain after Genesis. Here are two:

Do not be like Cain, who belonged to the evil one and murdered his brother. And why did he murder him? Because his own actions were evil and his brother’s were righteous. – 1 John 3:12

When the Bible references Cain after this, there are only two things that are given a warning and a woe. In other words, if you want to pattern your life after someone, don’t let it be Cain. What you have to be wary of is: you could be overcome by this same spirit.

I want to leave you with one thought from the story of Cain and Abel. The difference that love makes.

For this is the message you heard from the beginning: We should love one another. Do not be like Cain… - 1 John 3:11-12

If you want to be anything, be the anti-Cain. Allow God’s love to permeate throughout your heart, and by doing so, you will respond rightly to sin and to your brothers and sisters.

Clarence L. Haynes Jr. is a speaker, Bible teacher, author and co-founder of The Bible Study Club. He has spent more than 30 years serving the body of Christ in various capacities and has just released his first book, The Pursuit of Purpose. If you have ever struggled trying to find God’s will, this book will help you discover the different ways God leads you into his perfect will. To learn more about his ministry please visit clarencehaynes.com.

This article is part of our People from the Bible Series featuring the most well-known historical names and figures from Scripture. We have compiled these articles to help you study those whom God chose to set before us as examples in His Word. May their lives and walks with God strengthen your faith and encourage your soul.

This content first appeared on Crosswalk.com and is used here with permission. To view the original visit: https://www.crosswalk.com/faith/bible-study/why-is-the-bible-story-of-cain-and-abel-so-significant.html

An Advent Prayer to Our Prince of Peace - Advent Devotional - Nov. 29

The Bible is nothing if not the story of God's persistent desire to dwell with his people.