Most often abusive tactics are purposeful and intentional, even if somewhat subconscious. The underlying goal is power and control; an abuser uses manipulation and abuse in order to control everything and everyone around them.

For many, it’s a learned coping mechanism. But being a learned behavior or subconscious doesn’t make it right or give anyone an excuse to abuse.

Abuse is wrong and unacceptable. And boundaries need to be in place to protect all victims of abuse in any relationship.

In my personal experience, one time my ex-husband exploded because he overheard me confide in a close friend for the first time that I thought I was being abused.

As I kept trying to explain, hoping he’d hear my pain, see how I always walked on eggshells around him, and ask me how I could feel safer and more loved in our marriage, he moved within an inch of my face and screamed, “I AM NOT ABUSING YOU!”

He was so loud and so close that I had to wipe his spit off my face along with my tears.

It was at that moment I knew I was either completely crazy or he was in fact using abusive and manipulative tactics to control me.

Mental abuse can sometimes be difficult to identify. I hope this article can shed some light and validation to your situation or of someone you hold dear.

What Is Mental Abuse?

Mental abuse is a tactic used to control another person.

Basically, when there is a repeated pattern of harmful treatment that causes trauma and stress, then it’s probably a mentally abusive relationship.

This is not how relationships should be.

Abusive people don’t always scream in your face, push, hit, kick, punch, or use other violent acts to show their abusive ways. These types of behaviors are easily described as abuse. But mental abuse is a little tougher to recognize and describe. Mental abuse is often subtle or covert, and hard to detect.

There are many things to look out for to understand if the relationship is healthy or to the point of toxic mental abuse. Here are 7 tactics that an abuser uses to control their relationship and/or partner.

1. Screaming, yelling profanity, and threatening in order to intimidate. Then, you apologize for “making him/her angry” when it was never the victim’s fault in the first place. No one can “make” another person angry or abusive. Even upset people need to learn what to do with their anger.

2. Name-calling, insults, and mocking with the purpose of making you feel insecure or horrible about yourself. Often an abusive person feels better about themselves because they’re bringing you down to how they feel about themselves. They feel bad, on the inside, so they want you to feel that way as well.

3. Isolating or moving you away from your support system so you’re not able to stand up, speak up, or defend yourself against their controlling behavior. Telling their partner that they can’t see or talk to (emotionally healthy) friends or family. Or even just blaming these friends or family for the difficulties so you don’t feel comfortable talking to your support system anymore about the relationship problems. You’re left to only the abuser to talk to and gather information from.

4. Humiliating you in front of others or behind closed doors. That thing you do or say, which makes you unique, the abuser makes fun of so you feel you need to stop and change into something that makes them happy.

Those things about you that you want to change or that you don’t like about yourself, the abuser makes fun of, makes you feel bad for not being perfect, or tells you that you can’t do it, instead of encouraging you or supporting you as you lose weight, break a habit, or do something to better yourself.

5. Gaslighting you to believe lies are truth and what you believe to be true are lies. Making you believe you’re crazy to think you’re being abused by how you are being treated or being cheated on when they just have one (or many) secret relationships. Gaslighting is a manipulation tactic to hide secrets from being known.

Abusers are master manipulators and pathological liars, so they have no problem gaslighting someone to believe they are crazy for believing their intuition over the lies.

6. Ignoring you, stonewalling, or excluding you from conversations or gatherings for the main purpose of cruelty, manipulation, and/or punishment. You are not invited to family (or other) gatherings because you didn’t appease the abuser.

You are ignored when in their presence because they refuse to hear what you have to say. But they’ll tell everyone that you didn’t want to come or another lie about the situation to make you look like the problem.

Triangulation is the manipulation tactic used to control dialog between you and another person or person group. The abusive person tells you one thing and tells others something different; now you and the other person are not talking to each other because you both believe the lies of a manipulative person.

7. Blaming others or you for the relationship problems and for the abuse that takes place. It’s never an abuser’s fault.

They won’t take the blame because they blame-shift it to someone else or past experiences. The abusive person has excuses for why they abuse; they’re just tired, things are tough at work, they were abused as a child, or their last relationship was abusive. But this is how they put the blame off them onto other things or other people.

This is the pattern that they use to manipulate others so they can have and keep all the power and control in the relationship. This pattern is called the abuse cycle.

What Is the Abuse Cycle?

Abusive relationships usually have a pattern or cycle to them. They start out with an excessive showing of infatuation (sometimes to the point of obsession). One might receive many gifts, flowers, and words of affection (saying it’s “love” only after knowing someone a short time) which entangles you quickly with this person. This is the honeymoon phase of the relationship; things are great.

Once both parties are comfortable in the relationship, things start to feel more normal and routine, but soon there is an underlying build-up of tension. The abusive person is upset but instead of being assertive with their feelings or needs, they hold it in. There could also be external stress that is causing the abuser to feel powerless. Whatever it is, the abuser won’t be able to hide their anger for very long.

Eventually, there is an explosion that leads to verbal, mental, and/or physical abuse. In the case of mental abuse, the abuser will rationalize their behavior or blame the victim or these external issues for their abusive ways. But in reality, abuse is never an accident or outside of the abuser’s control. Actually, this person uses abuse to gain their control back over the relationship; what he or she thinks they need to make everything just right.

They may even apologize for their abusive ways of handling stress or difficulties, but that doesn’t make it right. They need help but not the kind of help that we used to prescribe to abusive relationships. We used to think men (or women) had anger issues. But now know they have power and control issues––proving that anyone can be an abuser.

But without help to change their thought process, the cycle of abuse will keep repeating over and over again, even if they change partners.

Personally, I believe, after years of research and working with abused women, the only way to stay safe from further mental abuse in your relationship or any relationship is to get out and get help from a domestic violence abuse expert.

And to protect yourself from future abusive relationships, you need to take time to get emotionally healthy to not only identify unhealthy coping patterns but to not become abusive yourself.

Learning how to have healthy relationships is key to living a healthy, peaceful life, and you can do it! 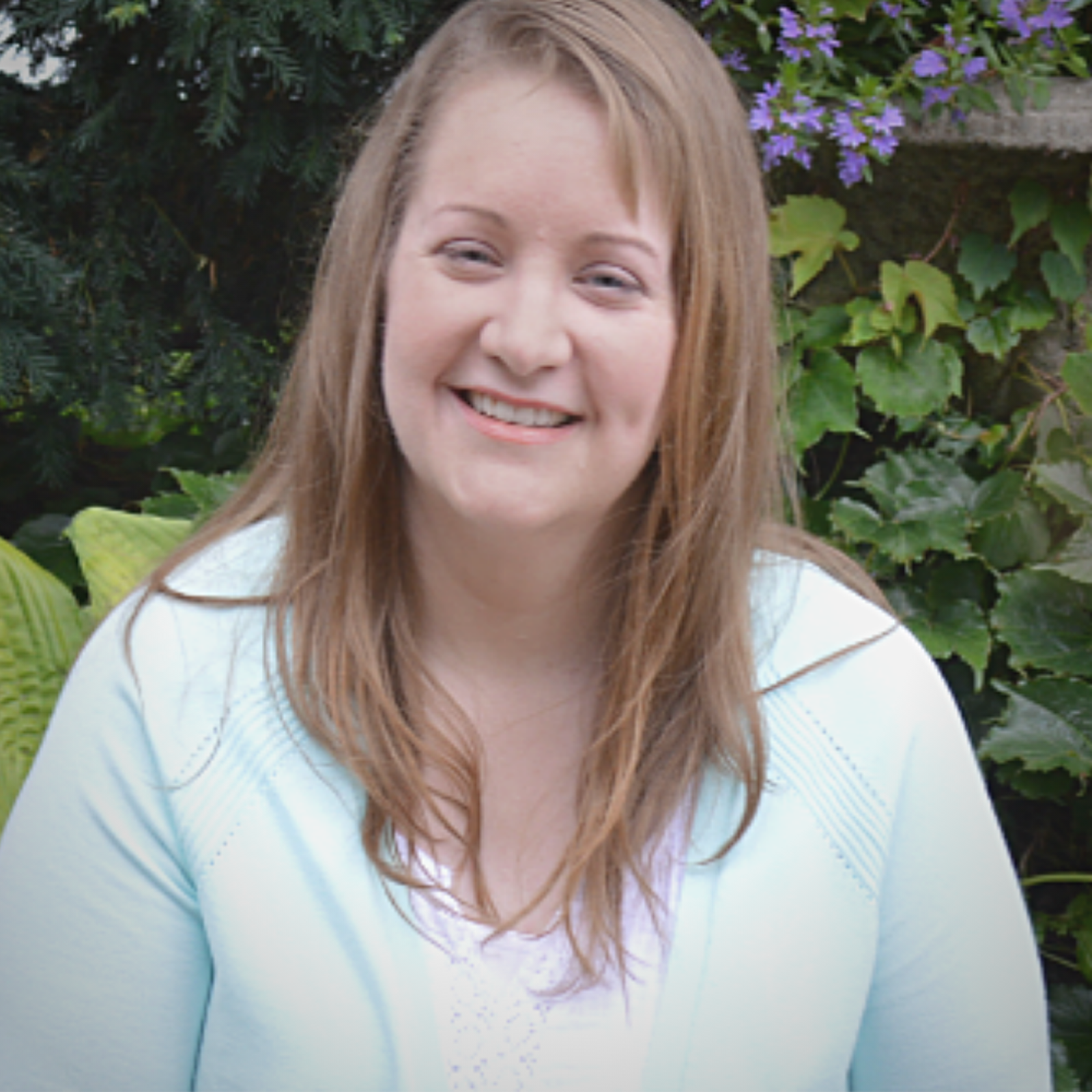 Jen Grice is a divorce coach and the author of “You Can Survive Divorce”. She empowers Christian women to not only survive their unwanted divorce, caused by abuse, adultery, and/or narcissism, but to become stronger and thrive after. Jen Grice can be found on YouTube, talking about divorcing a narcissist. Or you can find out more about Jen’s books, coaching for women, and ministry at JenGrice.com.

This content first appeared on Crosswalk.com and is used here with permission. To view the original visit: https://www.crosswalk.com/family/marriage/ways-to-know-youre-in-a-mentally-abusive-relationship.html