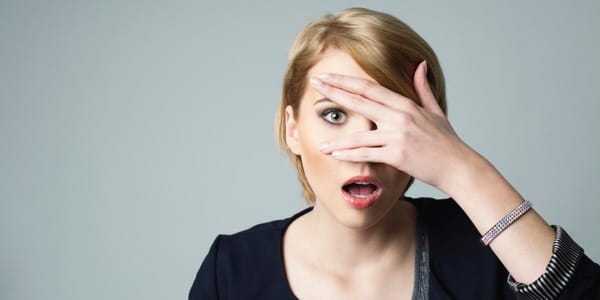 My youngest daughter wasn’t satisfied with my answer. She’d been caught in another lie, suffered the consequences of her action, and now she wanted to find some justification in herself.

“It’s not bad when it’s a little lie.” She looked from her mom to me and fidgeted in her chair.

Thanks to our handy child training Bible, we could point to exactly where God makes lying to be a big deal. But convincing her wasn’t so easy. She’d grown cozy in what she considered small indiscretions. And it has taken a great deal of prayer and counsel to help her see just how serious her lies are.

And perhaps that’s just what the church in America needs as well. For us, some sins have become so “small” or “minor” that we don’t always even pay attention anymore. We just accept them, embrace the inevitability of them. They’ve moved in, set up camp, and we don’t really care anymore.

Especially the one big sin that no one wants to talk about.

At least, that’s how Pastor Jason Todd sees it at the Relevant website. When he looks around at our congregations, he sees an “acceptable sin” staring him in the face: gluttony. We tend to think of gluttony as the urge to keep gorging even when we don’t need food. But Todd explains that it’s more than that:

“But gluttony has never been merely an addiction to food. And if we look at it in its original definition and context, gluttony becomes far closer to home than we’d like to admit.

“At its simplest, gluttony is the soul’s addiction to excess. It occurs when taste overrules hunger, when want outweighs need. And in America, where upsizing has always been part of the American dream, it’s often difficult to distinguish what is hard-earned achievement and what is indulgent excess. In this sense, even the most athletic and toned among us can be gluttons. Any of us can be.

In other words, Christians in America have the Proverbs 30:15 disease. We’re like the daughters of a leech that cry “Give! Give!” We never have enough; we’re never satisfied. Instead of yearning for more of God, we yearn for more earthly stuff:

“In pursuit of lesser portions, our tastes have dulled. We’ve become numb to our real hungers, filling them with lesser fare. But when we return to the source, we taste anew.”

Unfortunately, Todd doesn’t offer solutions to the problem he raises. He just points out the cultural issues. American dreaming often includes the idea of climbing the ladder by having a nicer house or car or eating at the right places. That mentality has certainly invaded the church as well. For our family, one way we combated this sin in ourselves was choosing to give up a nice house to willingly live in a camper for several months. Hard? You bet. But it proved to us just how much our stuff and excess had gotten in the way. We chose to simplify so that we could do more.

Author Matt Bell in an article on Crosswalk says that simple living busts through our addictions and can, in fact, draw us closer to God. We need that because our gluttonous addiction to stuff gets in the way:

“Of course, too much stuff can also leave too little room for God. With all the time required to shop for, use, store, clean, maintain, organize, insure, and worry about our stuff, there can be little time left for reading God’s Word, prayer, ministry, church, and reaching out to others.  Is it any wonder that the Bible encourages simple living?”

Your turn. Do you think Pastor Todd is right that we ignore the sin of gluttony in our churches? Are we addicted to stuff without seeing our sin? How can we fight this temptation?

John UpChurch is the senior editor of BibleStudyTools.com and Jesus.org. You’ll usually find him downing coffee at his standing desk (like a boss).

This content first appeared on Crosswalk.com and is used here with permission. To view the original visit: https://www.crosswalk.com/blogs/christian-trends/why-is-your-church-ignoring-this-sin.html

My Struggles Are about Him - UpWords - August 7