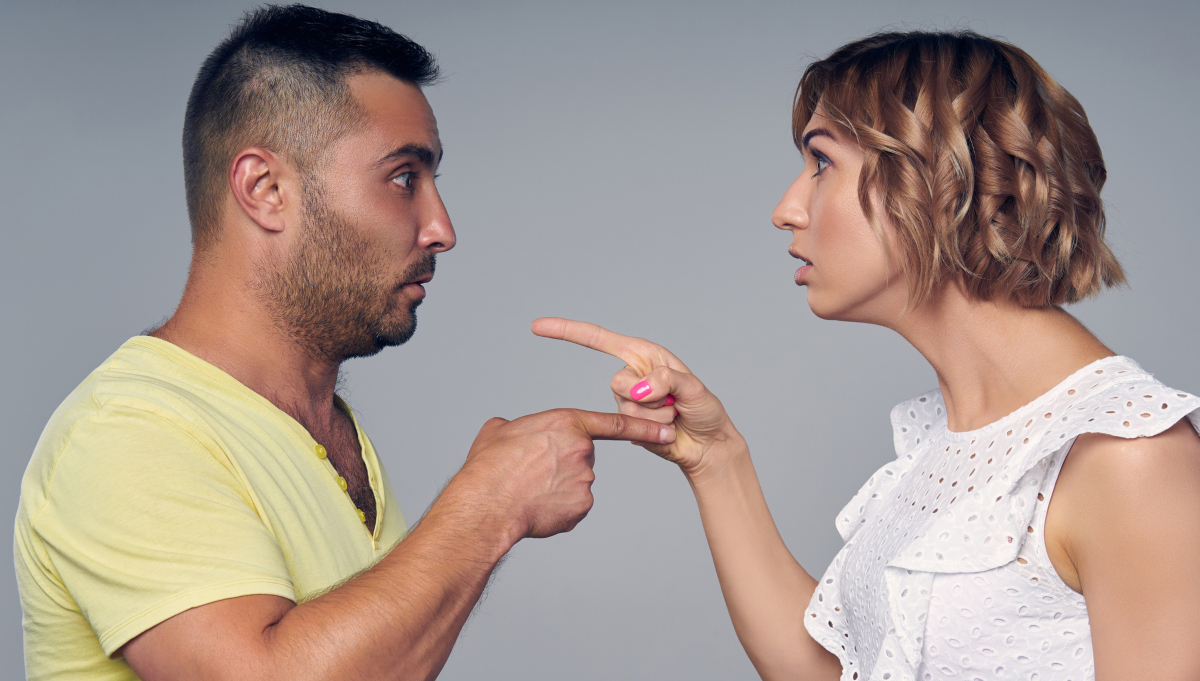 Can we talk about imposters? Scripture tells us that in the last days:

Evildoers and imposters will go from bad to worse, deceiving and being deceived. – 2 Timothy 3:13

There are so many to choose from, but today I’m thinking of church-dropouts who say they love the Lord.

Nothing of what follows is intended to be mean-spirited. But I would like to speak plainly.

I’m not angry, just perturbed. I don’t want to banish anyone from heaven, from church, from “the island,” or even from this room.

I just want to say to certain ones, “C’mon, people. Get real. You don’t mean that, so why do you keep saying it?”

Recently, we were having a lively Facebook discussion about church and whether divorced people–specifically those with a whole string of divorces–should be considered for the honored church office of deacon.

Most comments were sweet-spirited, godly, well-informed scripturally, and solid doctrinally.  But some were angry for reasons I doubt if even they know.  They want to banish all divorced people from anything. But these are not the hypocrites I had in mind, although I wouldn’t be surprised if they qualify. It’s another group. The ones who say:

“People like you are the reason I no longer go to church.”

They are my candidate for “hypocrites of the year.”

I submit that any one believer who points the finger at another Christian—even someone who is mean-spirited and wrong-headed about everything—and says, "You are the reason I no longer go to church" is being dishonest.

Unwilling to deal with the reality of his/her own situation—their frailties, their hangups, and their humanity—they go on the attack.

They blame others for what they are not doing.

–A liberal professor is the reason I don’t read my Bible.

–My parents are the reason I don’t go to Sunday School (“I was made to go as a child!”).

–A bad preacher is the reason I don’t trust any pastor.

A church was practicing racism or elitism or liberalism or was unfriendly, and so you decided to write off all churches? A pastor ran off with the organist and you abandoned the kingdom of God?

Or, your father was the pastor and because of the mistreatment this good man endured at the hands of a few evil people, you no longer believe in the church?

Sorry, Charlie. I’m not buying it. You’re not being honest.

I’m not excusing the wrong-doers. Just saying your reaction to what they did is completely out of bounds and someone should flag you for it. That’s my job today.

“Deceiving and being deceived” is how the Apostle Paul put it in our text (above). That’s an interesting expression. As certain people spread their falsehood, they get caught up in their own lies and start believing them.

Professor William Hendriksen has an interesting observation on this phenomenon in his commentary on Thessalonians, Timothy, and Titus:

Having erected an instrument of death for Mordecai, Haman discovers too late that it is going to be the instrument for his own execution. Perillos of Athens, desiring to bake others to death by means of his ‘metal bull’ is himself baked to death in it. Hugues Aubrint, having built the Bastille for the imprisonment of others, is himself the first one to be confined in it. The bishop of Verdun, having invented the Iron Cage for the punishment of others is himself the first man to be shut up in it. And Robert Morton is the first to lose his head to The Maiden (a kind of guillotine) which he himself devised for the decapitation of others.

The first thing a religious cult does with a new convert is to get him/her teaching others. As they deceive with the false doctrine, the wickedness burrows further into their own soul. Deceiving others, yes, but mostly themselves.

I have a question for those who blame their non-church-going on the misbehavior of certain church people:

Would you stop going to visit your elderly parents because of a falling out with your siblings?

That’s what you are saying when you come in here with this lame blame game.

“Dear Mom and Dad: You know I love you. But because Ronnie was mean to me when we were children, because Glenn once took my lunch money, because Patricia ran off and left me when we were walking home from school, because Carolyn didn’t help me with my homework, and because Charlie told a lie about me one day, that’s why I no longer come home. Sorry.”

Where is the logic in that?

And that, my friend, is why I suggest you might be a faker. If you cite the misbehavior of some of God’s children as your reasons for not going to church, you are my candidate for someone “deceived and being deceived.”

To be sure, many in the church are racist. Certainly, some preachers run off with the organists. Some crooks occupy the pulpits, eager to prey on the unsuspecting or to rob the church bank account. And some church members are unfriendly and unloving and do not know their Bibles and have no business representing the Lord Jesus Christ.

That’s no excuse to write off the church.

The great, overwhelming majority of the Lord’s people try to get this right.  They have the same struggles with the burdens of everyday life as you and I. Sometimes they are kind and gracious, and sometimes they are anything but.

Cut them a little slack. After all, you want people to be kind to you. You want them to understand you’re not always at your best. Be merciful and you might receive mercy.

Someone protests, “Just because I no longer go to church does not mean I do not love the Lord. I do love Him, but not His people.”

Not according to Scripture, you don’t.

Do you dismiss so easily what Christ values so highly?

Please. Let’s not have more of the lame blame game that insists you are part of the invisible church even though you no longer have any use for the congregations in your town. Show me that in the Bible. Nowhere can you find a justification for this self-deception.

I do have a suggestion.

Humble yourself as a little child.

Confess to the Lord what you are doing and ask for His forgiveness. Ask Him to forgive you for turning away from Him and blaming others. Ask Him to show you the real cause for your attitude and your withdrawal from church.

He understands how you feel and what you are going through. Remember, it was religious people who betrayed and crucified Him. Remember, He warned us that some would be persecuted in houses of worship (Matthew 10:17). He knows.

Then, when you finish, ask Him to lead you to a church where you can heal and grow.

Ask Him to help you to keep the focus on the Lord Jesus and not on the people in the pews or in leadership.  Expect those people to be human and to make mistakes sometimes. Ask God to help you to show them the same grace you wish to receive.

Finally, may I suggest a brief Scripture?

In Luke 18:9-14, our Lord speaks of two men praying in the temple. One is justifying himself and putting down others. (Sound like anyone you know?) The other is humble, childlike, and honest.

Guess which of the two is accepted by the Lord and blessed.

Have a wonderful day. Oh, and please come back to church. We miss you.

This content first appeared on Crosswalk.com and is used here with permission. To view the original visit: https://www.crosswalk.com/blogs/joe-mckeever/a-closer-look-at-the-hypocrisy-of-blame.html