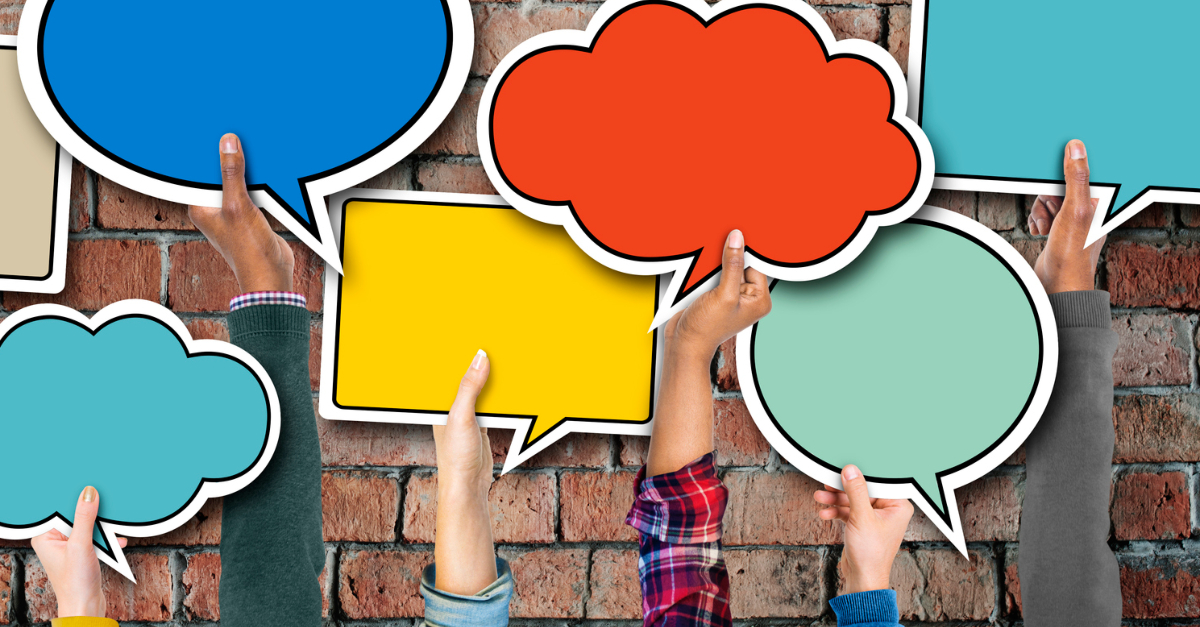 But as for you, speak the things which are proper for sound doctrine. – Titus 2:1

If you’re active on social media, you’ll encounter platitudes often. Eventually, you will learn to ignore them or they will drive you batty.

One: “Christianity is not a religion;  it’s a relationship.”

Sounds right, but it’s wrong. Ask yourself one question: As a follower of Jesus, someone in an (ahem) relationship with Him, would it be all right if I joined a religion and became a Buddhist or Taoist or a Jew or a Muslim? After all, as a Christian, I’m not in a religion as such (according to this thinking) and there would be no reason not to. Of course, those religions are incompatible with the way of Jesus Christ.

“The way of Jesus Christ”?  That is what we call The Christian Religion.

A religion may be defined as a systemized practice of worship involving a God, a place or places of worship, a system of beliefs, and in most cases exclusivity (that is, it claims to hold The truth).

Sure sounds like the Christian faith qualifies, doesn’t it?

Without that relationship with Christ, what we have is a religion only, and nothing more. A shell without the kernel. Form without content. A place to go on Sundays and meaningless rules to follow. “Having a form of godliness but denying the power thereof” is how Paul put it (2 Timothy 3:5).

This may have been what the Lord had in mind when He told the Church at Ephesus that while they were doing many things well, “I have this against you: You have left your first love” (Revelation 2:4).

Better that we would say, “Christianity is first and foremost a relationship with Jesus Christ, and only secondarily a religion.” But that just doesn’t have the zing of the half-truth, does it?

Two: “All sin is equal in the sight of God.”

This is not only wrong, it is unreasonable to the human mind, contrary to Holy Scripture, an insult to the Living God, and mind-boggling to those who know their Bibles.

Where did this originate? Perhaps from texts such as 1 Samuel 15:23, “Rebellion is as the sin of divination, and arrogance like the evil of idolatry.” Or, perhaps when our Lord said, “He who lusts after a woman hath already committed adultery with her in his heart” (Matthew 5:28).

Each statement was to prevent people from minimizing their rebellion/arrogance or lustful thoughts by saying, “Well, at least I didn’t act on that.” God says we should know the severity of such wrong thoughts and harsh attitude.

The heart matters. Thoughts count. Everything we do originates there (see Matthew 15:19).

But let no one think that to covet or lust is the same in the sight of God as acting on that. Hatred is bad and is indeed the root of murder, but the murderer is not on the same footing before Almighty God as one harboring ill will toward his brother.

On this subject, Billy Graham said, “It seems obvious that some sins are worse than others, both in motivation and effects, and should be judged accordingly. Stealing a loaf of bread is vastly different (from) exterminating a million people. Sins may also differ at the root.”

Stealing is stealing, some would say. Not necessarily.

In Scripture times, the poor of the land would come behind reapers taking what fell off the wagon, would gather around the edges of the fields, and would be granted the right for a second harvest (after the owners reaped the first one). When I was growing up on the farm, I can tell you that anyone doing such a thing would have been accused of outright thievery. Yet, it was approved in Israel.

Scripture teaches there are degrees of punishment. Some people will have it easier at judgment than others.

Sodom’s punishment will be lighter than Capernaum’s since Sodom’s opportunities were so few and Capernaum rejected the greatest Teacher ever (Matthew 11:23-24). Jesus said some who deserved punishment would receive “many blows” and others “few blows” (Luke 12:47-48), depending on what they did with the opportunities they were given. He pronounced a more severe condemnation on religious leaders for their pride and unbelief than on those in darkness who were sexually immoral (Matthew 23:13).

Make no mistake, sin is unbelief and an affront to the Living God. But all sin is not equal.

Doubters should consider whether they deal with their children the same when one tells a fib and the other steals a car and robs a store. Fibbing can be the first step toward the bigger wrongs, true. But it is not equal to all-out rebellion and crime—not in man’s sight and neither in God’s.

“All we need is love” is a loophole in search of a lazy pilgrim.  It appears to be the credo of those wishing to bypass Scripture’s instructions to forsake not the assembling of ourselves to worship, our responsibilities toward one another and the lost of the world, and our obligations to give, to pray, to serve, to teach, evangelize, and so forth.

Again, it’s a half-truth since great works without love renders them useless (see 1 Corinthians 13:1). The church at Ephesus was in danger of losing their franchise because they had “left their first love” (Revelation 2:1).

So, while love is the very heart of our relationship to Christ, and love is the motivating factor behind all we do for Christ and His church, we must not opt for oversimplification and say “love is enough.” Loving obedience is the correct way.

This oft-quoted verse is found in Matthew 7:1 “Judge not, that you be not judged.” The passage continues, For with what judgment you judge, you will be judged; and with the measure you use, it will be measured back to you. The point seems clear enough on the surface, but unthinking people have cited this to rebuke anyone trying his/her best to use discernment in decision-making.

Someone is arrested for child abuse and goes to prison. When they are released, someone suggests they not be allowed to work in the church preschool. “Do not judge,” the shallow believer says. “After all, they paid for their crime.”

A church secretary is arrested for embezzling. She goes to prison for ten years. When she comes out, someone suggests that she should be church treasurer. “After all, she knows what to watch for now. She was always a whiz about finances.” But no, the leadership says; she is not trustworthy. “Do not judge,” they are rebuked.

A pastor I know had a man arrested for abusing his (the pastor’s) child. A church member resisted the pastor and paid the man’s bail, no doubt saying the pastor was judging the man too harshly. Once he was released, the molester got a gun and killed the pastor’s son and his wife, then took his own life.

Beloved, let us not be stupid and blame it on Jesus.

Same chapter, verse 20. “Therefore, by their fruits you shall know them.”  The Lord is warning against false teachers who appear in sheep’s clothing (Matthew 7:15).  Inside, “they are ravenous wolves.” So, He says, His people are to pay attention to the product of such teachers and make knowledgeable decisions based on “their fruits.”

Matthew 7:1 is cautioning us not to condemn people. However, we are not to be blind toward false teachers and wicked con men who would deceive us. Matthew 10:16 calls on God’s people to be “wise as serpents and as harmless as doves.”

As a prospective employer, I will try to make sound judgments concerning your suitability for employment in my firm. You may feel I am judging you harshly. That is your prerogative. But my job is to make the soundest decisions for this business I possibly can.

Those are four shallow oversimplifications we hear God’s people spouting from time to time. These are not all, of course. The enemy is creating new half-truths even as we speak. In all things, we should use discernment, act in love, and not sin.

This content first appeared on Crosswalk.com and is used here with permission. To view the original visit: https://www.crosswalk.com/blogs/joe-mckeever/half-right-completely-wrong-shallow-things-religious-people-say.html