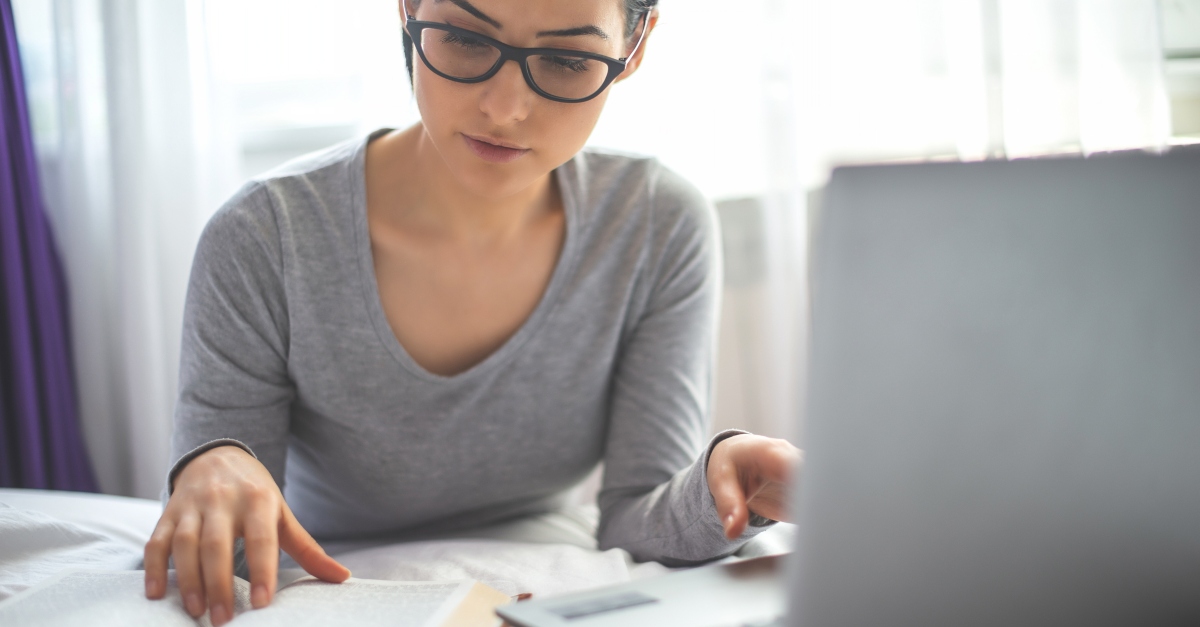 A note from Russell Moore: This is an excerpt from my weekly newsletter, Moore to the Point. You can subscribe for free here.

Much attention is focused right now on the Supreme Court nomination of Amy Coney Barrett. People—including readers of this newsletter—will have widely divergent opinions about whether a seat like this should happen this way, before an election. And the country will debate—probably tumultuously—over the next few weeks around these confirmation hearings. What interests me right now is not the debate itself as much as one of the subplots—an argument about the word “handmaid.”

At issue, of course, is Judge Barrett’s membership in a mostly Catholic charismatic group “People of Praise.” Much of this has focused on the group’s use of the word “handmaid” for women. This is usually related to Margaret Atwood’s The Handmaid’s Tale, about a theocratic dystopia in which women—called “handmaids” are subordinated breeders in a hyper-patriarchal society.

As many have rightly pointed out, the problem is that those pursuing this line of argument don’t seem to recognize that Margaret Atwood did not come up with the word “handmaid.” This is a reference, instead, to the Virgin Mary who said, in the King James Version translation, “Behold the handmaid of the Lord; be it unto me according to thy word” (Lk. 1:38). I would add that, whatever the perception of those whose knowledge of Mary is limited to Nativity scenes on Christmas cards, this woman was no mousy subject. Right after this encounter with Gabriel, she sang—using the language of “handmaiden” again for herself—even as she sang about the mighty pulled down from their thrones (Lk. 1:48-52).

Is it true that some in journalism are unaware of basic biblical content, content needed to understand a great deal of cultural phenomena over the past many centuries? Yes.

That’s no new phenomenon. One journalist famously asked in 1976 whether Jimmy Carter’s description of himself as “born again” meant that he believed he would receive direct messages from God. The media—and much of the country—were flummoxed when Carter said that he had “lusted in his heart”—as though Carter were disclosing some secret perversion rather than language found in the Sermon on the Mount and in every evangelical men’s accountability group, probably since first-century Antioch. And it’s not just in media, one White House staff member in a previous administration expressed exasperation that a reference to “the least of these” referring to the poor and the orphaned was interpreted as a slur against the vulnerable rather than a defense of them, echoing Jesus’ words in Matthew 25.

That said, this should hardly surprise us in a much more secularizing American culture. Our response should not be some sort of smug superiority—“How can you not know this?”

Would journalists be better informed if they understood more biblical references and metaphors? Yes. Someone saying that the point of life and career is “the kingdom of God” is just quoting an obvious biblical teaching, not (necessarily) calling for the second coming of Constantine.

Is that our biggest problem? No.

The Apostle Paul wrote, “For what have I to do with judging outsiders? Is it not those inside the church whom you are to judge?” (1 Cor. 5:12).

What we should worry more about is biblical illiteracy within the church—and it’s everywhere.

Note that I am not saying theological illiteracy but biblical illiteracy. There are many who have down pat their systematic theological debating points as they relate to controversies differentiating them from others, but who don’t know the actual words and narratives of Scripture except as they relate to their preferred controversies. I have heard a very well-educated Christian outraged by a pastor praying “Jesus, who is the propitiation for our sins and not for our sins only but for those of the whole world.” This hearer said to those around him, “What was that Arminian prayer?” Wherever you are—if you are at all—on the Calvinist-Arminian skirmishes—the point is not whether there’s anything wrong with Arminianism, but that this is a direct quotation of 1 John 2:2.

What’s the answer to this? Well, this sounds like a pat Sunday School answer, but I think the answer is more pat Sunday School experiences. We need to be, both individually and congregationally, immersed in the Bible. That requires time both in the broad sweeps of the biblical stories and in the small details. And that means not simply focusing on the Scriptures that we believe are applicable to our current situation—or to a “worldview” response to some current controversy—but to all of Scripture, even—maybe especially—the parts we don’t yet see how they are relevant to us.

That’s how a people are shaped by a Word.

The outside world will still misunderstand us. That shouldn’t offend us, but should instead give us an exciting opportunity to bear witness to a Scripture we are to carry as news and as good news.

This content first appeared on Crosswalk.com and is used here with permission. To view the original visit: https://www.crosswalk.com/blogs/russellmoore/why-biblical-literacy-is-critical-to-todays-top-news-stories.html