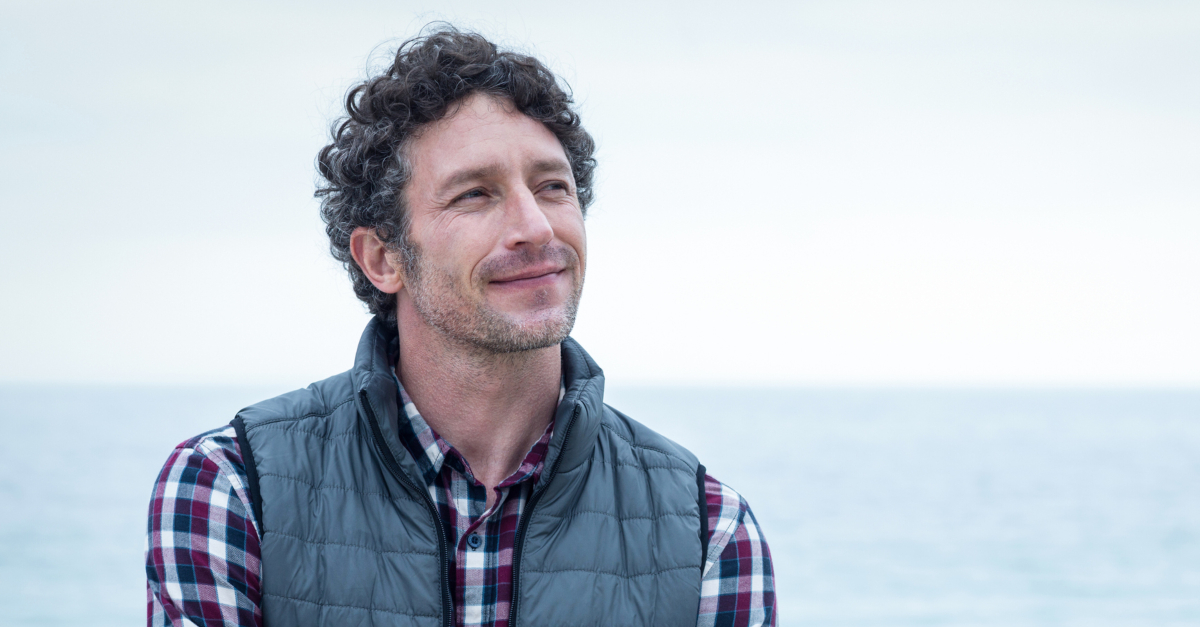 A night light shines in the darkness of the hallway at my house. It’s not to help me to see in the dark. It’s there to remind me that I already can.

This night light is in the shape of a wardrobe, and pictures young Lucy standing there at the door into the snows of Narnia. The light shines out from the stars overhead and from the lamppost there in the center. When I see that night light, I am reminded of how those stories helped lead me out of my own time of deep, deep darkness. It glows with familiarity for me. But it burns with mystery too. After all, I know where Lucy is going—to Mr. Tumnus’s house, to the Stone Table, on to Cair Paravel, and then to the truer, greater Narnia. But, at this point in the story, she doesn’t know all of that. At this moment, frozen in that scene, she knows nothing of witches or lions or fauns. There’s just a lamppost and a winter sky. There’s just a light shining in the darkness.

And when I started out on my own trek through the dark woods, I could not see where I was going either, and could not have named precisely what was beckoning me onward. The same may well be true for you. And maybe that’s why you are afraid.

Indeed, much of what we fear is not so much because we do not think that we can endure what scares us. Most of us have seen people who have done just that. Much of our fear is rooted in mystery, that we do not know what is around the corner from us. We cannot see how everything is going to turn out for us.

Sitting around a fireplace with some friends one night, one of them posed the conversation-starter: “If you could have one thing—past, present, or future—that you could read right now what would it be?” I think he answered his own question that he would want to read whatever Jesus wrote with his fingers in the sand at the attempted stoning of the woman caught in adultery, words that caused the would-be executioners to drop their stones and walk away.

Without even thinking, I said, “My obituary.”

One in our number winced and said, “Good grief, Moore, that’s kind of dark.” But as I explained why I would want to look into the future and see that obituary, I realized that what I was indulging was not my curiosity but my fear.

If I could read that obituary, I would know, first of all, exactly when I would die. If the date were tomorrow, I would immediately go home and stay up all night with my wife and children. If that date were forty years from now, with my cause of death reported as a shark attack, I might be nervous to swim in murky waters for the rest of my life, but I would have no anxiety at all crossing busy streets or wondering what that persistent headache means. I would know, after all, that a shark was going to kill me—not a stroke, not a heart attack, not a brain tumor, and not an oncoming bus. Until that forty years was up, I would be invincible. But that would not be the most important part of that obituary for me.

Before I even looked for the date or cause of death, I would look for the line started with the words “He is survived by...” I would hold my breath until I could see that my wife’s name was there, along with all of my children. I would want to decipher all sorts of mysteries. Do my sons have spouses’ names listed? Do they have children of their own? I would try to read into their responsibilities at my funeral the answer to the questions about this future timeline. Do they still love me? Were they proud of me? Did my life make any difference for them?

Even as I worked through that thought experiment, I was shaken to see just how much it revealed about my skewed priorities right now. I noticed that I really did not care what strangers thought of me. What I cared about was this woman and these sons. So why do strangers’ opinions or approval matter so much to me now, when I will go to my grave with it making not one bit of difference to me?

The reason this is the case is because an obituary is not just a collection of data. An obituary, if one knows how to read it, is a story. And it is a story with an origin narrative and a resolved plotline. It is an attempt, however small, to make meaning out of a life at the one point where one can finally see it all—after it is over. In a very real sense, that’s what we spend our entire lives trying to do. That is what courage is about.

This excerpt is adapted from my new book, Courage to Stand (B&H 2020).

This content first appeared on Crosswalk.com and is used here with permission. To view the original visit: https://www.crosswalk.com/blogs/russellmoore/why-its-courageous-to-imagine-your-own-obituary.html