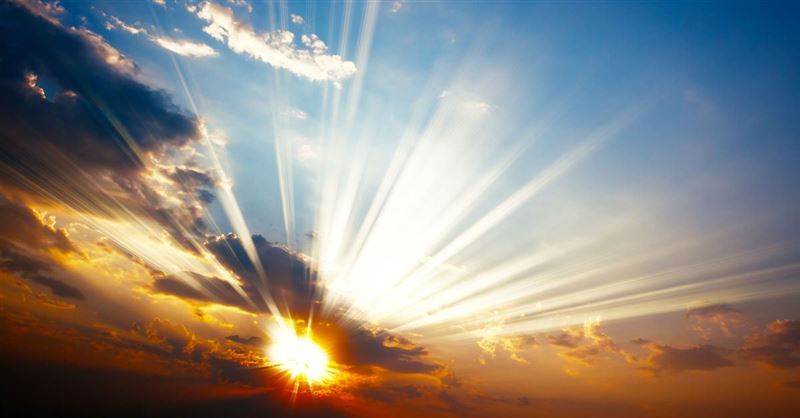 I found myself this week watching, through tears, videos of sermons by my former student and friend of many years, John Powell. Many of you know that John was killed this past week, struck by a truck while pulling people out of a burning fire, and pushing another out of the way of the oncoming 18-wheeler. Wanting to hear John’s voice again, I went to his church’s YouTube page and listened to him preach the Psalms.

John was in the Sunday School class I taught at the time, back when we were in Louisville, and I had him in all the classes (theology, ethics, and preaching) that I taught at the seminary. As I heard him preach this week, I couldn’t help but be reminded of him as a young student, fresh from Missouri, standing there in a basement of Norton Hall preaching to be evaluated by us, his professors, and his fellow students.

He was a really good preacher then—made an A. I laughed when I thought about the time he texted me—during a really long-winded fellow student’s sermon that we had let go way past the time we would ordinarily have cut them off: “How long, O prof? How long?” But I was struck watching these videos how—though he was good then—how exponentially even better he was at preaching.

John’s preaching was strong not only because he was competent in the craft. He was certainly that—careful interpretation of the Bible, good explanation, and application to the people. More than that, though, John struck me as congruent—the person speaking on stage was the same as the person we all knew. And the person we all knew was the same—whether a 20-something seminary student, as an admissions worker at that seminary later, as the pastor of a rural church in Texas, and now as a church planter in Houston.

And he was the same person—in that pulpit, or at our Thanksgiving table, or counseling a person in crisis—as he was on that highway the night that he died.

John always seemed to be scanning the room to see who needed to be encouraged or included. Whether at a seminary preview conference for prospective students or literally every Sunday morning in Sunday school or at a fellowship over at our house right up to every ERLC Leadership Council event—John was looking around the room—never to “network.”

He wasn’t trying to figure out who was most “important,” but who was uncomfortable, who was alone, who was feeling new or unfamiliar or out of place. Those were the people John went to, and befriended, and included.

Sincerity and Encouragement in an Age of Cynicism

John carried with him a sincerity that is almost impossible to find in this cynical age.

I thought about how he was the one who was the first to arrive when someone needed help—moving from their apartment, or towing their car, or setting up chairs for a homeless men’s Bible study. I think every single time he ever talked to me, he called me “sir.” But it wasn’t a military-sounding “sir” or formality, and it was more the way he said it, communicating encouragement and affirmation and kindheartedness. I think he found a way to do that, in some way or the other, with everybody.

John loved Jesus. I cannot allow myself to keep that in the past tense, because John was killed but he is not dead.

John is Alive in the Christ He Followed

John loves Jesus. He showed that by the way he loved Katherine and their children, by the way he taught the Word of God, by the way he represented the kindness and gentleness of Christ to everyone—whether they were fellow believers or not. He showed it by the way he was both a friend and an example to countless people—all of whom are brokenhearted right now. John preached Christ and him crucified—and his life lined up with his words—all the way to the end (which, of course, is no end at all).

The Bible tell us: “there was a man sent from God, whose name was John He came as a witness, to bear witness about the light, that all might believe through him. He was not the light, but came to bear witness about the light” (John 1:6-8). John always knew he was John. He was the reflector of the Light, but not the Light. That’s why we admired him, and why we love him. He bore witness to the Light that shines in the darkness, and the darkness has not overcome it (John 1:5).

Of that other John, Jesus said, “He was a burning and shining lamp, and you were willing to rejoice for a while in his light” (John 5:35. That was true of this John too. That light has dimmed for us, in everything but memory and anticipation. But John the preacher would tell us—as John the Apostle has—that “the darkness is passing away and the true light is already shining” (1 John 2:8). We know that John would want us to know that because he preached it—and because he lived it.

Some people heard this from John from the pulpit. Some of us heard it from him in his preaching classes or as he filled in in Sunday school. Some heard it from him around a meal at the table. And some saw it on a highway somewhere in the middle of the night. But we all saw it. We all heard it. We all knew it. We knew we were in the presence of a fellow sinner, who had been shown mercy and who was willing to show mercy to others, who believed so much in the cross that he was willing to carry it on his back, all the way down the road.

You get an “A” in preaching—not just for the class, but also for the life. But that doesn’t really count for much coming from me. What matters is the evaluation not from the scribes but from the One who preached with authority, authority over even death itself.

We all know what you heard from him, when you saw the face you had never seen but always loved: “Well done, good and faithful servant, enter the joy of your rest.”

A link the GoFundMe set up to bless John’s wife, Katherine, and their four children: https://www.gofundme.com/f/john-powell-memorial-fund

This content first appeared on Crosswalk.com and is used here with permission. To view the original visit: https://www.crosswalk.com/blogs/russellmoore/a-tribute-to-the-powerful-preaching-of-john-powell.html

Death is not a subject we usually want to discuss. But when you get down to it, that is what Easter is all about.