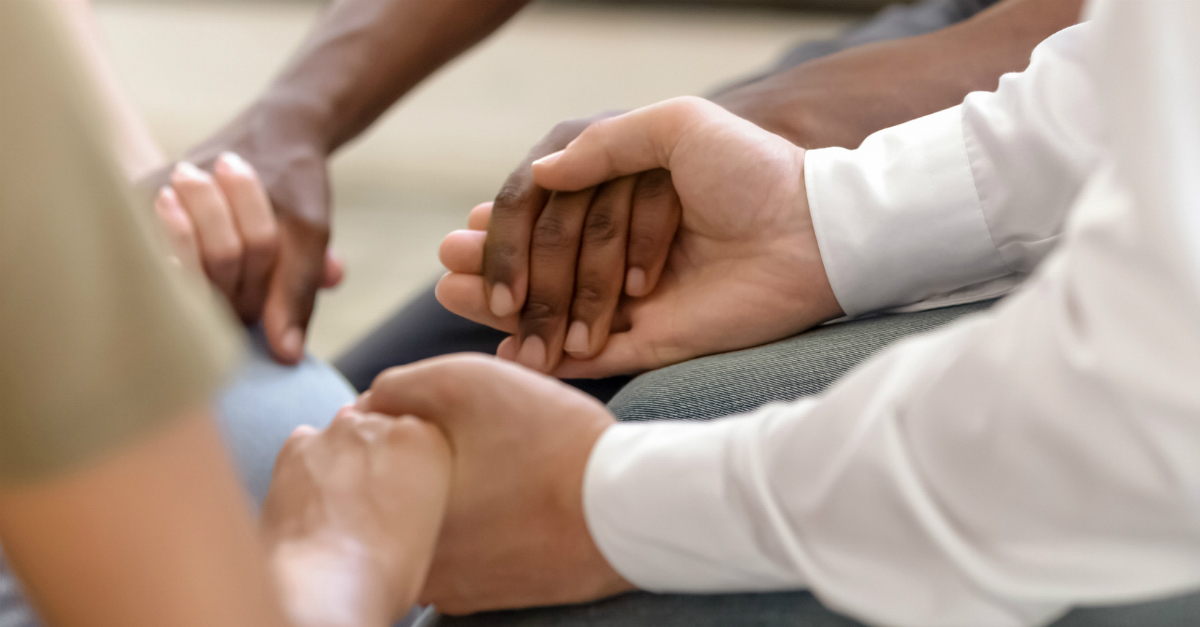 Here we are again. After the country, just weeks ago, saw a shocking video of Ahmaud Arbery shot to death in Georgia, now a video has emerged showing us George Floyd dying with a policeman’s knee on his neck, protesting “I can’t breathe.”

The officers involved have been fired, and protests are underway, while a nation asks, “How can this keep happening?”

As with every other issue here, the problems underlying all of this will need to be addressed both to consciences and to institutions.

The powers-that-be have a biblical responsibility to be just in how they wield the rightful use of the law. That is why John the Baptist said to the soldiers and tax collectors after they had repented of sin and been baptized, “Collect no more than you are authorized to do” and “Do not extort money from anyone by threats or by false accusation” (Luke 3:13-14).

Why was this addressed to the tax collectors and soldiers and not to the general population of those at the Jordan River? It was because they were the ones responsible for making such decisions. Decisions that could exploit vulnerable people unjustly.

In our system of government, that responsibility rests, ultimately, with all citizens.

Does that mean that we will know, in every case, how to see to it that racial injustices do not happen? No. The Samaritan probably did not have a comprehensive understanding of how to nurse the man beaten on the Jericho Road back to health. That does not mean he could, like the priest and Levite, avert his eyes.

The first step toward doing right is to recognize that something is wrong.

This also means that white Christians must join our black and brown brothers and sisters in Christ in recognizing that racism and impartiality in justice—wherever and however this occurs—is a problem. Not just for our lives as citizens in a free country but also as ambassadors of a kingdom of those who are united together under the headship of Christ by the Holy Spirit.

As I have written before repeatedly, the obstacles here are not new. Whether in 1820 or 1920 or 2020 there will always be those who will say that issues of racism and injustice are “distractions” from the gospel.

As some did with slavery and others with lynching and others with the Jim Crow regime, there will be those who will say that anyone who says “Jesus does not like this” will be called a “Communist” or a “Social Gospel” advocate or some sort of postmodern critical theorist, when, in reality, what is behind such is not any of that but instead a commitment to the inerrancy of Scripture.

Respond Based on the Truth of Scripture

The Scripture is what tells us:

And the Scripture tells us that that sin, without repentance, brings the judgment of God (Rom. 6:23).

That is true not only for those who personally rebel against God’s holiness and justice but also those who “give approval to those who practice them” (Rom. 1:32). That is a dreadful reality, to which those of us in Christ are called to serve as ambassadors pleading, as though Christ were pleading through us, “be reconciled to God” (2 Cor. 5:20).

Often those charging “liberalism” of Bible-believing people who lament the ongoing problem of racial injustice are revealing that there is indeed a problem with “liberalism,” and it is theirs.

All Scripture is breathed out by God, and is therefore profitable. And the Scripture speaks—from Moses to the prophets to Jesus to the apostles to the early church of Acts and beyond—to such matters. To avoid such Scriptures or to ignore them is just as “liberal” as those who do the reverse—and emphasize the so-called “social morality” texts while downplaying those that call for personal repentance and faith or those that call for so-called “personal morality.”

Sin Is Not Blotted Out By Ignoring It

It’s the kind of “liberalism” that believes sin can be blotted out by ignoring it, or by sanctifying it, or by trusting the blind forces of history to move beyond it. The unbelieving world can see this for what it is. Those growing up in the church can see it, too. And, the truth is, so can the consciences of those involved.

But the greater obstacle for the vast majority of Christians, white or black or otherwise, is exhaustion. Again, some ask in lament and others in weariness, “How many times is this going to happen?” For some, the result is numbness, and for others it is despair. Both of those options lead to the same place. As Christians under the lordship of Jesus, though, we can have neither of those.

God, Give Us Wisdom

That doesn’t mean that we will know every step that we should take. Do we with anything? We will need wisdom.

And that doesn’t mean that we can resolve all of the issues? Can we with anything? “There will never cease to be poor in the land,” God revealed to us through Moses.

Does that mean we should then give up on seeing them? God (quite literally) forbid. God says, “Therefore I command you, ‘You shall open wide your hand to your brother, to the needy and to the poor, in your land’” (Deut. 15:11).

The initial reports about the George Floyd case—as with so many of the others—are bewildering. But we know this. A man is dead, and for that we should weep.

In fact, the distraction is to say that we shouldn’t be asking such questions at all.

This content first appeared on Crosswalk.com and is used here with permission. To view the original visit: https://www.crosswalk.com/blogs/russellmoore/what-george-floyds-death-should-remind-us-about-justice-and-the-gospel.html